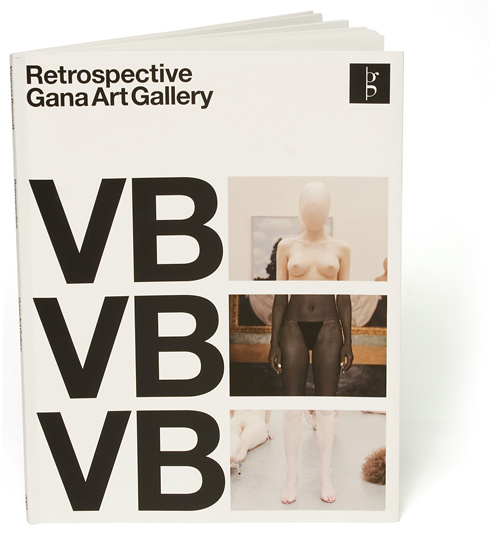 We were introduced to Vanessa Beecroft in 2002, by our mutual friend Miltos Manetas. Initially, she asked us to design her a book, to be called 'XXX', subtitled the 'Book of Food'. This book would contain sketches and texts, documenting VB's obsession with diets during her teenage years. Since VB's obsession revolved around eating food according to colour, a lot of these drawings were actually colour-coded.
We still think that the proposal we came up with was actually quite interesting. We wanted to collect all VB's sketches and writings in a cardboard cassette containing six small books, almost like a set of diaries. The books would be quite small (approximately 13,5 cm x 9,5 cm x 1,5 cm), resembling Mao's Little Red Book, including an embossed plastic cover. But instead of being red, the cover of each book would have a different colour (referring to the colour-coded drawings), creating a rainbow of books.
Anyway, because of a couple of reasons, the whole project lost momentum, and the publication was never actually realized. We still must have this proposal somewhere; if we have the time, we'll dig it up and post it in our archive.

A couple of years later, Vanessa contacted us again, and asked us if we wanted to design an invitation for her retrospective show at the Gana Art Gallery in Korea. This exhibition would run from February 28 to March 25, 2007.
What we did was as follows. We took some fragments from VB's work, and pieced them together, like a montage, almost in a Frankenstein way. We were quite inspired by the Surrealist idea of the 'cadavre exquis', a collective collage of images. We thought that such a collage would refer very much (and indeed, very literally) to the whole idea of 'a body of work'. After all, isn't that exactly what a retrospective is: an exhibition showing a body of work.
Below the invitation we designed. It's basically an A3-sized mini-poster, featuring the collage that we made. It was sent folded, in an A5-sized clear plastic bag. Shown here the invitation in its unfolded form: 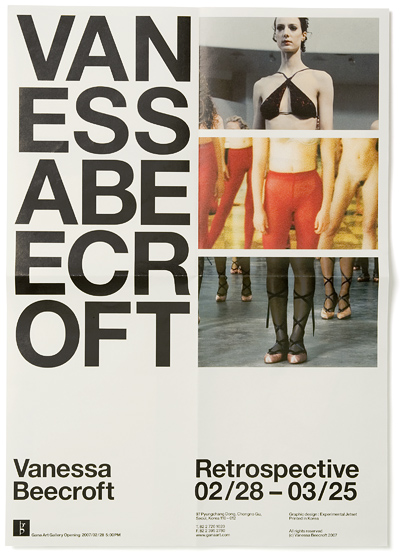 Based on this invitation, we also designed a couple of advertisements for the VB exhibition, adverts that were published in art magazines such as Art Forum and Art Review (not shown here).

The image of the invitation also appeared on a large banner outside the Gana Art Gallery (photo by Suzy Quzy, through Flickr): 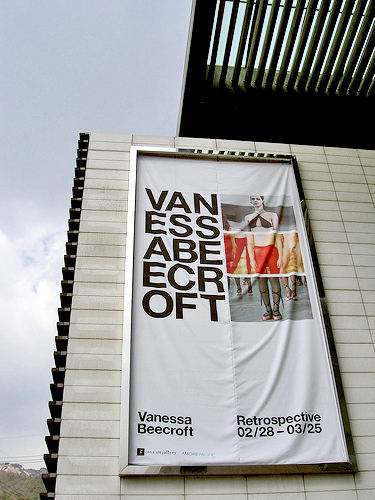 We were also asked to design a simple catalog for the show. We kept it very basic: our concept was to feature, in the catalogue, exactly the work that was in the exhibition, in precisely the same order as it appeared in the gallery. We included spreads containing typographic instructions how to navigate through the exhibition space ('Entrance', '1st Room Right Side', 'Upstairs', 'Right Wall', 'Exit', etc.). In other words, the catalogue became almost a scale model of the gallery.

However, we were very dissatisfied with the printed catalogue. Against our instructions, either the gallery or the Korean printer did some last-moment corrections in the book, creating some awful kerning accidents. That's why we always want to do all corrections ourselves; we are extremely precise when it comes to kerning. Our compositions are so tight, even the smallest amount of outside influence can create a serious mess.
Added to that, the paper they used was terrible; it was not the paper we specified. We simply had no control over the process, which is one of the main reasons why we dislike working with foreign printers, and why we try to work with local printers as much as possible.

For the sake of completeness, we did enclose some images of the book (back- and frontcover, and some spreads) below: 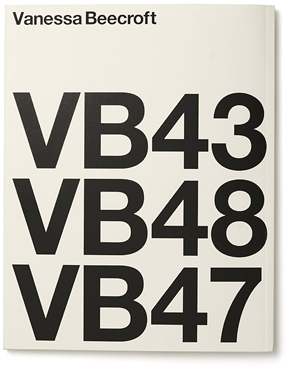 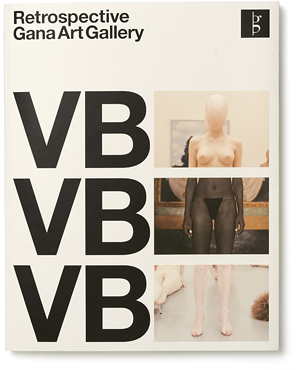 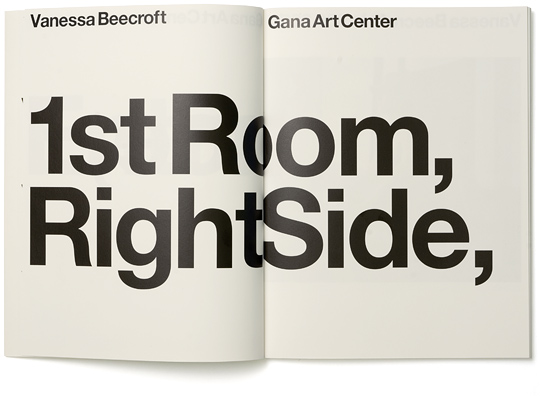 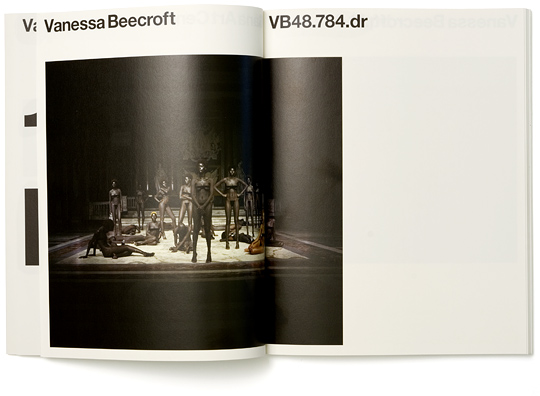 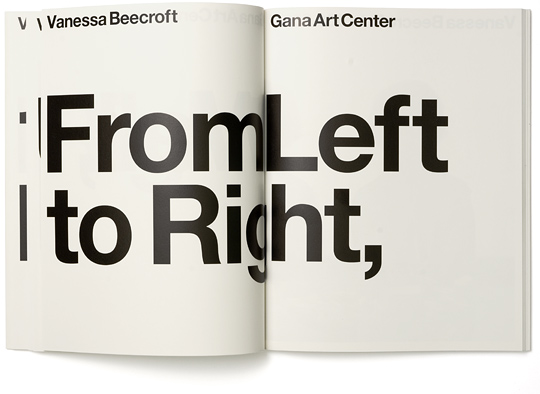 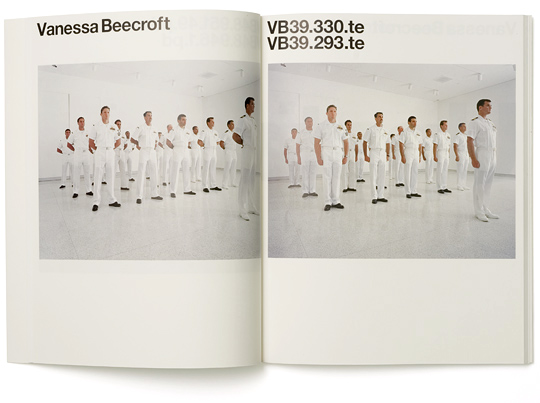 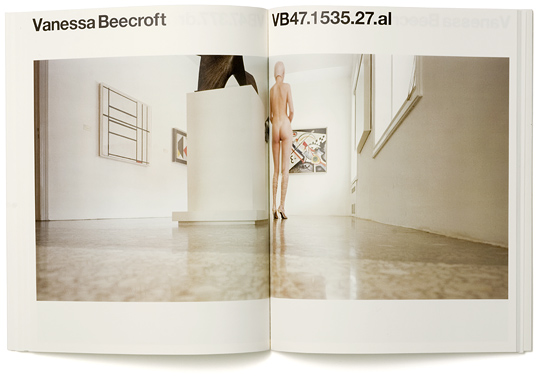 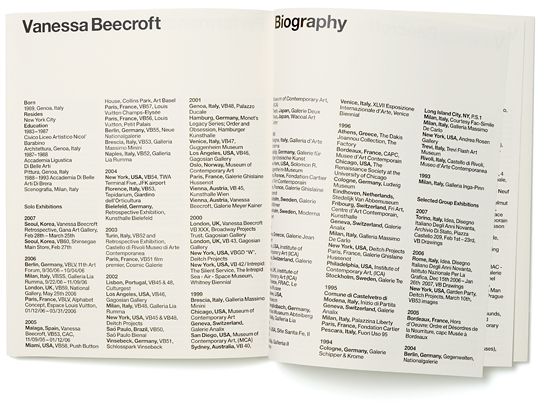 After this project, we did work with Vanessa on some other projects: see VB60, VB61, VBSS, VBDP and VB62. Through these projects, we not only came to admire Vanessa's work, but also her personality; she is a really warm and friendly person. (She also happens to know a lot about modernist graphic design, introducing us to the work of Ettore Vitale and other Italians). So from here, we like to thank Vanessa Beecroft (and also Monica Eulitz, her former assistant).