'Jean Prouvé: De Poëzie van het Technisch Object / The Poetics of the Technical Object' was an exhibition that took place at the NAi Maastricht from May 12 to September 2, 2007. Basically, it was a retrospective devoted to the famous French engineer and architect Jean Prouvé (1901-1984).

So our main task was to design the printed matter. We decided to design a set of items (posters, invitations etc.) based on the idea of punched-out holes. Within the context of Prouvé, holes make perfect sense. Shown below a picture of the man himself, and one of his buildings (photographs courtesy Prouvé Family and Hammer Museum): 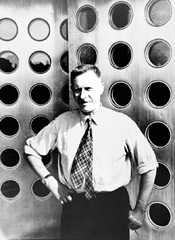 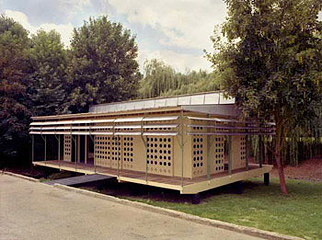 In short, Prouvé is known for his perforated structures, that's why we went for the holes. Another reason why we decided to use punched-out holes was the fact that we wanted to try to let the holes interact with the typography, creating quite literally a poetic object, a technological form of poetry. We also liked the punched-out holes because it brought us full-circle to the posters we designed in 1996 for Paradiso; see Paradiso program posters.

Shown below the A2 poster we designed for the exhibition. What you see is one poster, printed on both sides (front and back). The frontside features the Dutch title ('De Poëzie van het Technisch Object'), the back features the English title ('The Poetics of the Technical Object'). The holes are actually punched-out: 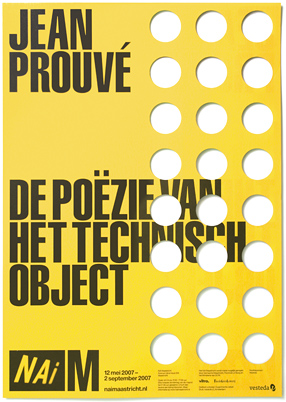 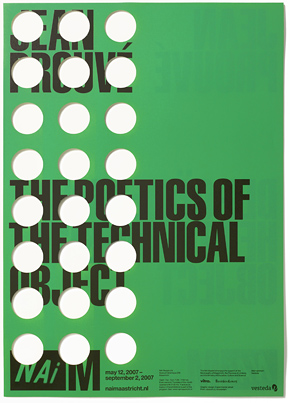 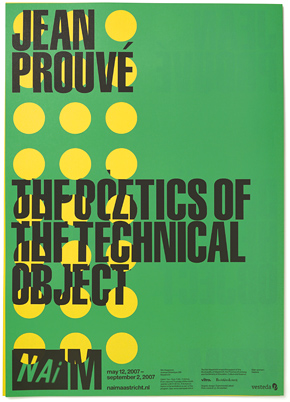 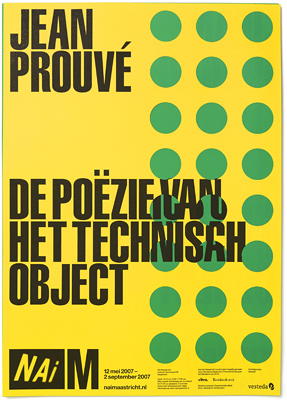 We designed an A0-sized poster as well. Here, we also played with the idea of holes and typography, although the holes we used on this poster weren't actually punched-out. We knew exactly how these A0 posters would be hung in the city (glued against hardboard panels, and then mounted in triangular poster displays; see the A0 poster at NAi / The Edible City 1) so we realized that actual holes wouldn't make much sense. That's why we decided not to perforate actual holes in the A0-sized poster: 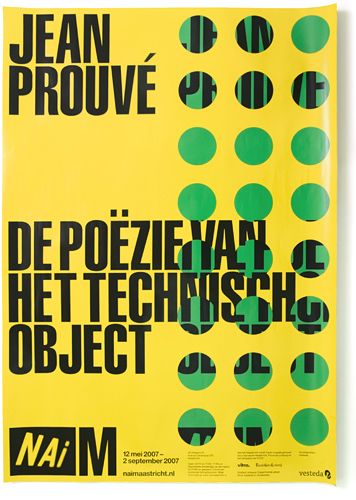 We did however put actual holes in the invitations. This invitation was basically a double-sided A3-sized sheet, folded to a A5-sized format. Shown below the front and back of the invitation in its folded form: 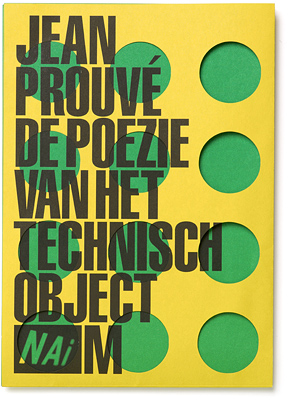 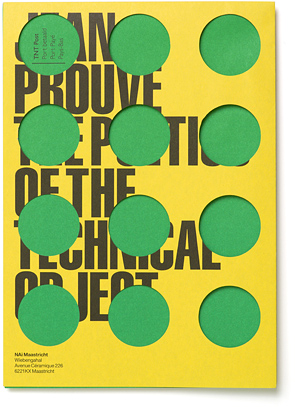 We still have to photograph the invitation in its unfolded form, front and back. We will do that as soon as possible.

We also designed a silver variation of this invitation, for a special pre-opening event. This silver version was almost identical to the version shown above, only the frontside was silver, and the back was white. 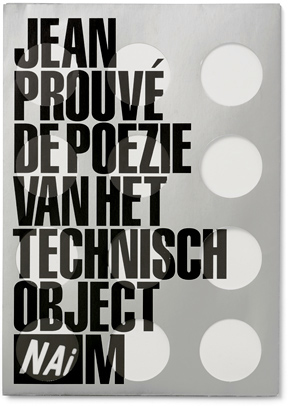 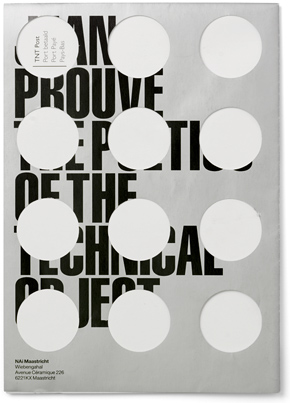 All the actual punched-out holes (the round pieces of paper) were saved by the printer, neatly packaged in boxes, and sent to us. These pieces of paper were used as confetti during the opening: 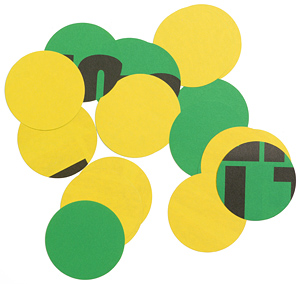 As we mentioned in the beginning, for this exhibition we designed only the printed matter (posters, invitations, etc.). There was no need for typography in the exhibition itself, as it was a pre-packaged Vitra show, an exhibition that came with its own signage. Guus Beumer, the director of NAiM, did manage to let architect Christoph Seyferth do some sculptural interventions in the exhibition, but other than that, nothing was added to the show.
We were, however, asked to come up with some last-moment lettering on the outside of the NAi Maastricht. Shown below the exterior of the building, featuring some typography by us. (Photography by Christoph Seyferth): 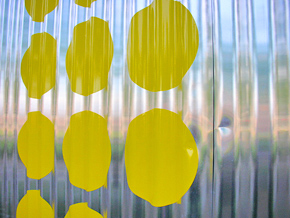 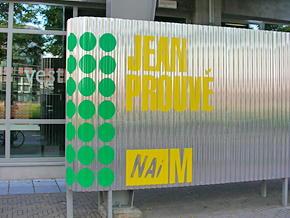 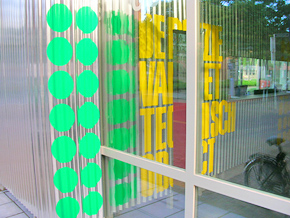 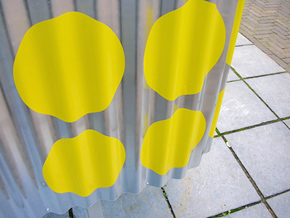