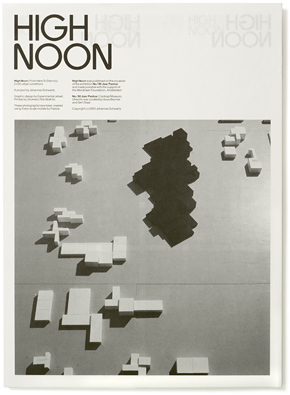 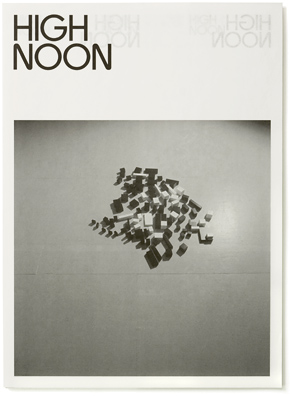 Shown above: High Noon, back- and frontside.

While working on the signage for 'Nu / 90 Years Pastoe' (see Pastoe / Sign system), we were also asked to design a small publication for the photographer Johannes Schwartz (one of the participating artists), a publication that would be used as part of his installation. Johannes provided us with a large series of photographs that he made especially for the exhibition: photographs showing scale models of Pastoe 'Vision' cabinets, arranged in compositions resembling intricate cityscapes. In fact, the series of photos as a whole looked a lot like an expanding urban area, as photographed from above.

Displayed below the publication in full. We start with the front cover, then we show the first spread, followed by the center spread, the final spread, and the backcover: 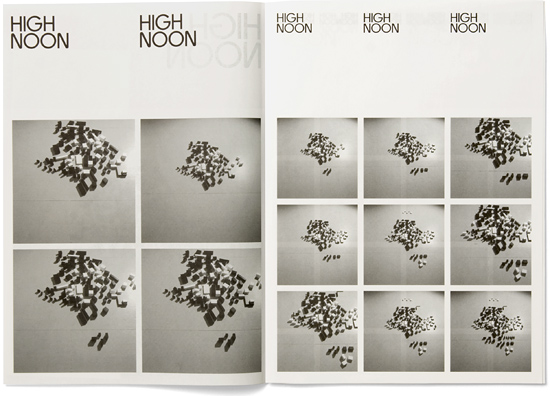 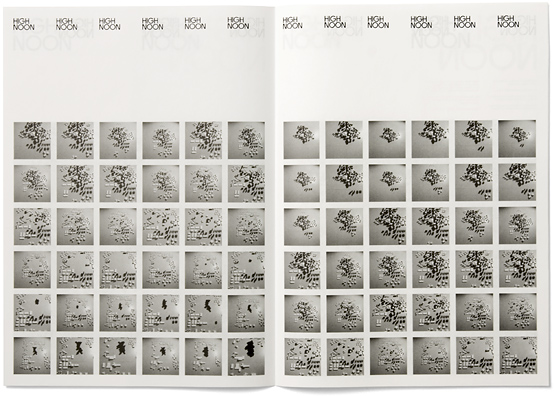 The publication itself is a straightforward 8-page booklet (24 x 33 cm). The publication wasn't stapled or bound, so it's basically two sheets of 48 x 33 cm, folded in two. Printed black on white.
Johannes came up with the title, 'High Noon, referring to a classic western directed by Fred Zinnemann. Underlining this title, we added (in the small type) the subtitle 'From Here To Eternity', referring to a movie by the same director.

Originally intended as an 'one-off' publication, High Noon turned out to be the starting point for an ongoing series of collaborations with Johannes Schwartz. See for example High Nature (2004), High Light (2005) and High Rise (2006).