In 2012 we were approached by UK writer Alex Coles, who asked us to take care of the graphic design of a new series of annual publications. Titled EP, and published by Sternberg Press, the series would consist of thematically-edited journals/reviews, each issue focusing on one particular subject. The editorial concept, as it was presented to us, was based on two separate models: the EP (Extended Play) audio-format, and the Brutalist architecture of The Economist Plaza (hence the title of the series: EP). The following two quotes might clarify the way in which these two models served as an editorial concept:

“An extended play (EP) is a vinyl record or CD which contains more music than a single, but is too short to qualify as an LP (long play)”. – Webster’s Dictionary

“The plateau of the plaza raised above the surrounding streets offers a […] pre-entry space in which there is time to re-arrange sensibilities”. – Alison and Peter Smithson on The Economist Plaza, London

More information about the concept behind the series as a whole can be found on the website of the publisher, Sternberg Press.

In the material that was sent to us by the editors, there was some information about the original logo of The Economist (the magazine housed at The Economist Plaza), and the more we thought about it, the more we realized it might be interesting to come up with a design referring to this archetypical ‘red box’ (developed for The Economist in 1959, by the typographer/engraver Reynolds Stone). But instead of putting type in this box, we decided to turn the logo inside-out, and put the red box on top of the type. This is how we explained the EP logotype to the editors (in an e-mail from May 2012):

The starting point was the red box, which we used in the same proportions as the original box, but instead of filling it with letters, we decided to leave the box empty, as an abstract form (or an empty plaza). And instead of IN the box, we placed the letters EP outside the box – or better said, underneath the box. That way, the red box becomes a “raised plateau” (to quote the Smithsons), hovering above the word. On the one hand, the red box becomes an empty, abstract shape (“a pre-entry space, in which there is time to re-arrange sensibilities”), on the other hand the box remains an integral part of the logo (in the sense that it is still a very iconic shape). It's almost an inside-out logo.
Regarding the other meaning of the word EP (‘Extended Play’), we also believe that the logo refers to that. In a way, the letters are projecting themselves out of the box – they are extending. The red box becomes a place, or a plaza, that doesn’t enclose information, but propels it outwards.

The reason we had to come up with a logotype so quickly was simply because the editors asked for a letterhead – they wanted to approach writers for the first issue of EP, and for that, they needed some sort of ‘insignia’. Shown here four ‘flat’ thumbnails of the EP letterheads we came up with. The last image shows the EP logotype, embedded in the actual floorplan of The Economist Plaza:

As for the actual book design – we were really inspired by that whole paperback culture in the ’60s and ’70s (as described, for example, in Mark Owens’ essay ‘Soft Modernist’, from 2002). We always liked this idea, of a whole infrastructure of pop-socio-political pocket-books, floating around on bookshelves, in 2nd-hand-book stalls, etc., like a half-forgotten ‘paper memory’. As we wrote to the editors:

We quite like the fact that there exists (since the ’60s/’70s) this whole infrastructure of philosophical/sociological/political books, books that all (more or less) have the same size. If you stroll over 2nd-hand-book markets (as we often do), we love the fact that all those books gyrate to each other, and usually end up on the same crates. All these different voices, sometimes from opposites of the political spectrum, displayed side-by-side. From occultism to economics, from sci-fi pulp to the classics of literature – they all come together in the paperback format. We think it would be great to inject some new energy in this paper infrastructure.

We actually borrowed the proportions (the dimensions we used for EP) from a particular paperback series from the ’60s: ‘De Nieuwe Stijl’, the journal of the Zero/Nul movement, designed by Leendert Stofbergen. By referring to these proportions, we hoped EP would serve as a sort of secret homage to the notion of the illustrated paperback.

Regarding the cover – as always, our first impulse was to keep it as typographic as possible. And in fact, when you look at early sketches of EP, you’ll see that we tried to focus on a ‘type-only’ (or at least ‘almost-type-only’) approach. Shown here an early ‘dummy’ of the book, back and front: 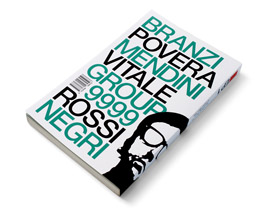 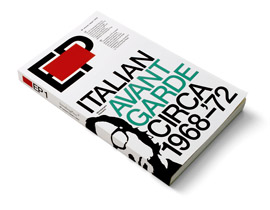 In other words, we were planning to keep the cover (relatively) free of images. However, during a meeting with the editor, he mentioned how much he liked a particular image that would be included in the book. Thinking about that particular image (a circular collage made by Gruppo 9999 in 1971, for a poster announcing the S-Space Mondial Festival), we thought it might be interesting to use this image also on the cover.
We thought that the fact that this collage was round would really emphasize the ‘audiophonic’ meaning of EP – we liked the idea of referring to a disc/disk. Also, we realized that this idea, of using a circular image on the cover, might be something we could employ for every following issue of EP, like an ongoing cover concept. Just to illustrate this idea (of always using circular images on the cover) to the editors, we quickly sketched-up two fictional covers, for possible upcoming issues of EP: 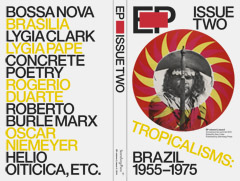 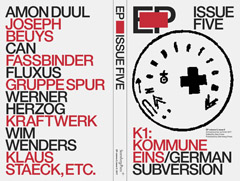 In 2013, almost a year after we made the first sketches, the actual book was published. The specific theme of this particular issue of EP was the Italian avant-garde of the late ’60s and early ’70s, and the essays dealt with subjects ranging from Archizoom to Arte Povera to Autonomia Operaia. (In fact, we also contributed a short article ourselves: ‘Socialism as a Graphic Language’, a brief introduction to the work of Ettore Vitale). Shown here the cover of EP, and various spreads: 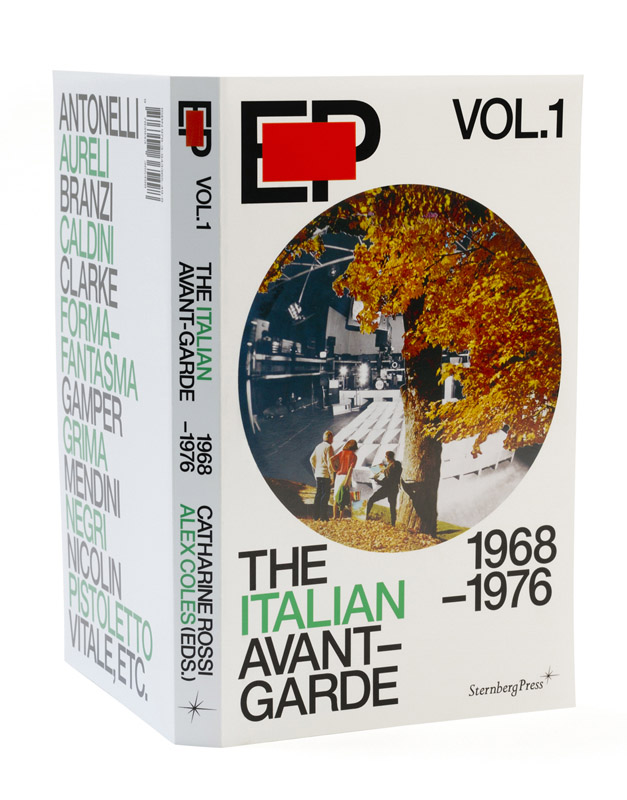 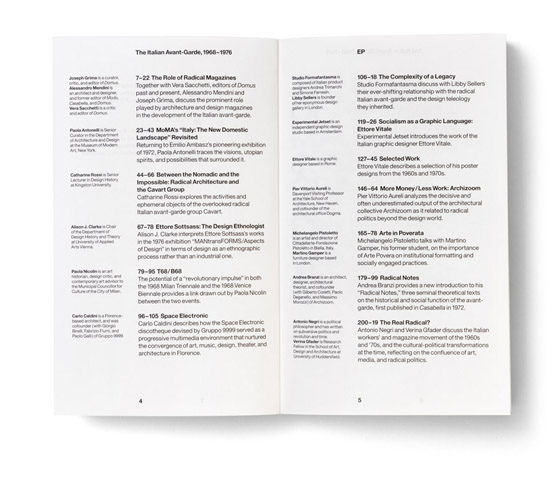 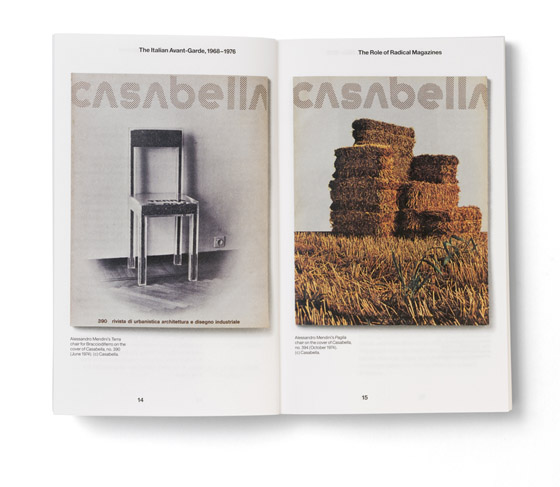 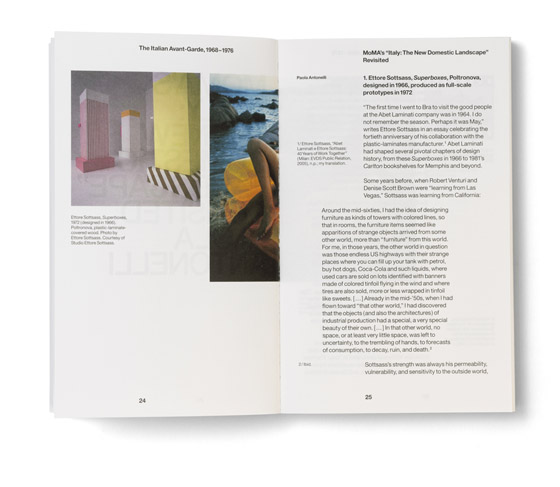 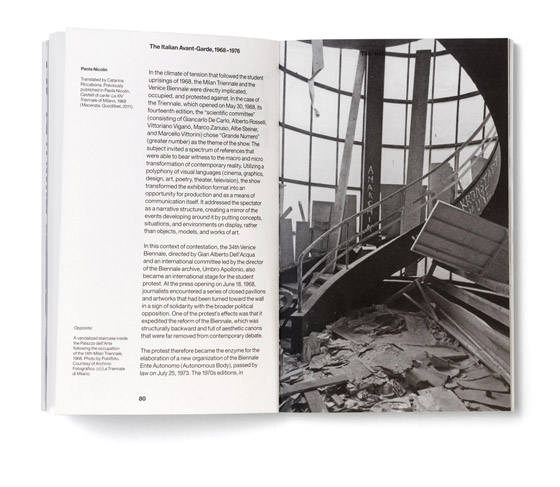 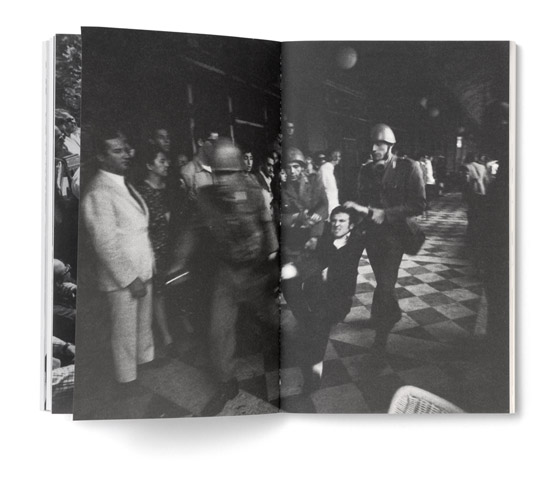 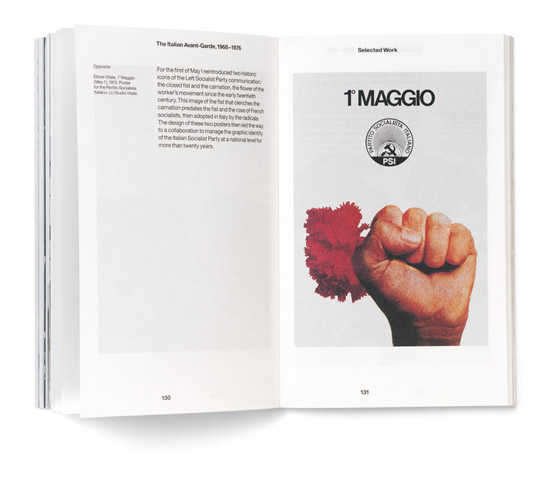 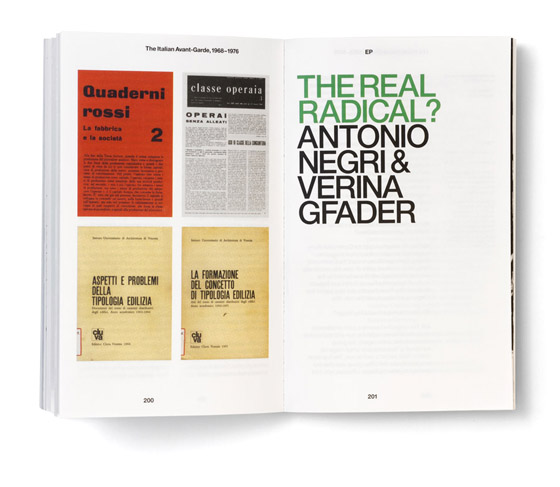 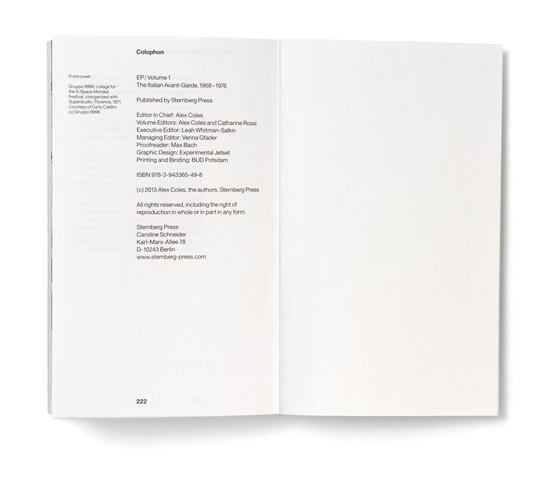 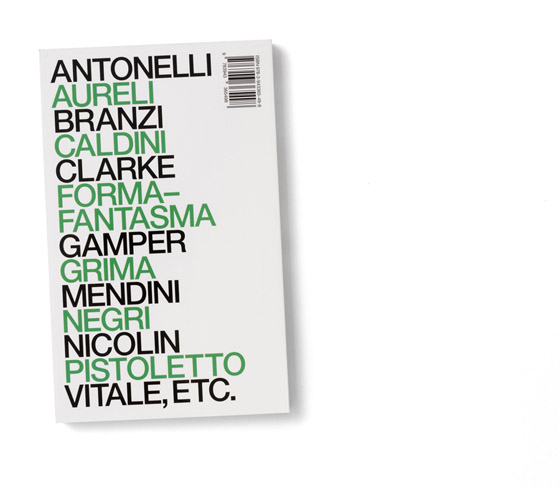 The cover of EP is actually laminated, which is not something we do very often. In general, we try to keep paper uncoated as much as possible. However, for EP, we thought it would be interesting to laminate the cover, as we figured the high-gloss cardboard would refer both to record sleeves (underlining the ‘audio’ meaning of EP), and to covers of mainstream paperbacks. We’re not fond of lamination at all, but conceptually, we thought it would be the right thing to do.

Printed by BUD Potsdam. Thanks to the editors, Leah Whitman-Salkin, and Verina Gfader.