After the creditcard (Paradisco) and the Filofax sheet (Bassline), we had to come up with a new format. We decided to keep it really simple, and went for a postcard format. Shown below a selection of six A6-sized postcards (frontside) that we designed for Drum & Bassline: 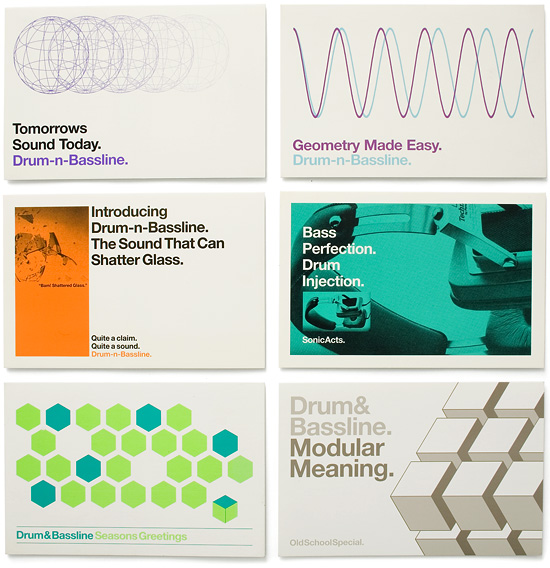 The series we created for Drum & Bassline ran from 1997 to 1999, during which we designed a few dozen postcards for this club night. On these postcards, we experimented with found images and slogans, line drawings, phrases we wrote ourselves, typographic compositions. As a series, it might not have been as consistent as Paradisco or Bassline, but seeing these cards now, some of them look still alright, which cannot be said of some of the earlier Bassline- and Paradisco-flyers.