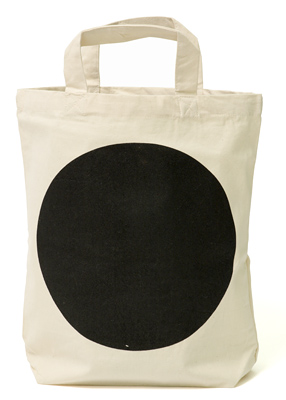 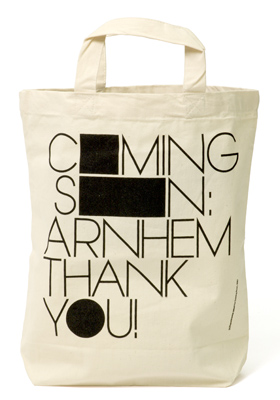 Around August 2007, we were asked to design the graphic identity of a fashion store that would open its doors in November that same year. Situated in Arnhem, the store would feature an interior designed by EventArchitectuur, a duo of architects we worked with before (see Start: and NAi / The Edible City 2).
The architects' concept for the interior revolved around a very geometric, almost Superstudio-like grid, a grid that would divide the store in modular blocks. Our idea was to design a logo that would explicitly refer to this grid-like interior. We wanted to to come up with a graphic identity that would function as an interpretation of the architecture.

The given name was 'Coming Soon'. Initially, we were asked to design a logo that could also function without these words. The question was very much to create an abstract sign, a sign that could be used with or without the addition 'Coming Soon'. Taking into account the grid-like interior of the store, we came up with a logo system in which the letters O were replaced with geometric forms. These geometric forms could then also be used on their own, as abstract signs. Shown below two examples:

We liked this idea very much, of geometric forms that could function inside a word, but also outside of it. We particularly liked the top logo, the sign that consisted of a short block combined with a longer block. This sign almost had a sonic quality; it looked like a graphic tune, a piece of morse code: first of short tone, then a long tone. We designed the typeface in two weights, bold and (very) light. The light version actually doesn't register very well in an online situation (i.e., on this website), but in the context of printed matter it looks really sharp, take it from us.

After we designed the above logos and alphabets, there was yet another change of plans. Suddenly, the store had to be called 'Coming Soon: Arnhem', which we still think is a bit of an awkward addition. The name now gives the impression that the city of Arnhem is coming soon (while it is in fact quite an old city). Anyway, it didn't really matter much to us: the logo system we designed made it very easy to add any given word to it. 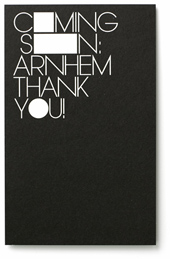 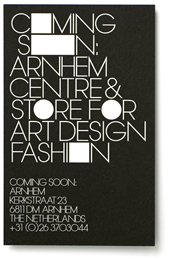 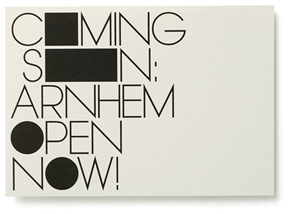 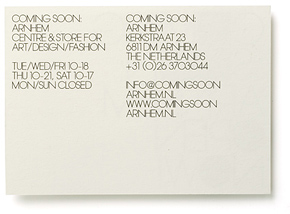 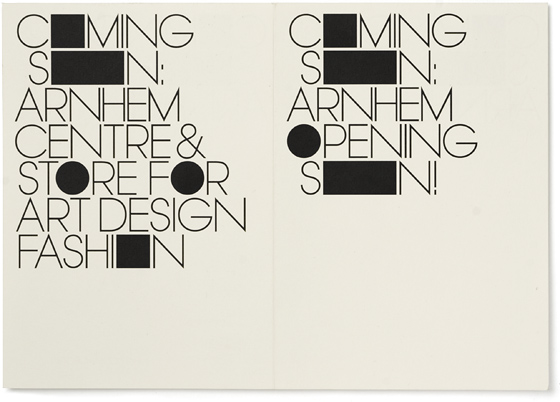 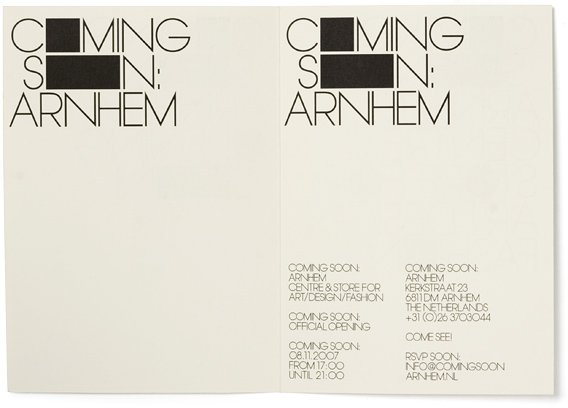 We actually photographed much more items; we will upload these pictures soon. As a last item, we'll show the packing (wrapping) paper. Photographed below, two rolls of paper (each roll 48 cm long):

During the design of these items, we were very kindly assisted by Karen Willey; we are very grateful for her help. 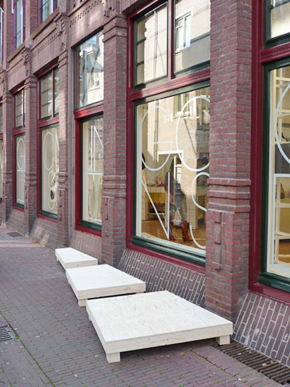 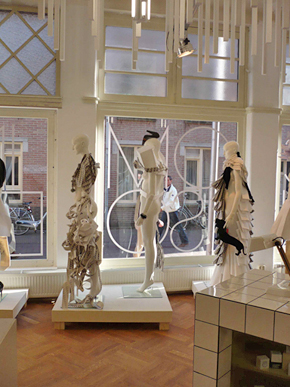 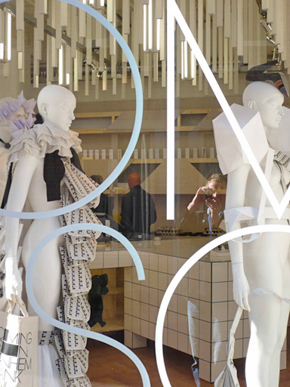 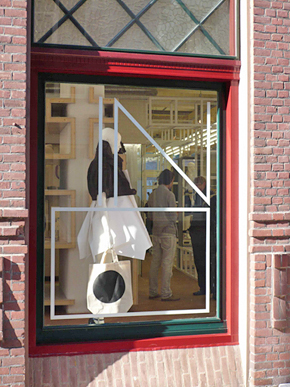 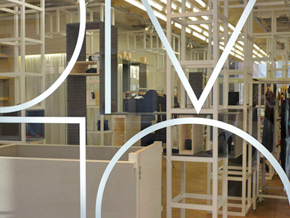 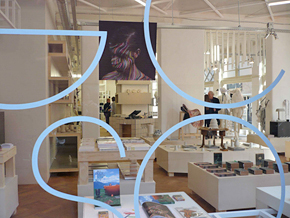 We also made templates for a clean and simple website. However, the technical people (hired by Coming Soon to put the website online) completely dismissed our templates, and turned the website into something quite ugly. (This incident, and the fact that Coming Soon did attempt to play a financial trick on us, made us decide to quit working for them). Shown below two of the many templates we designed for the Coming Soon website: 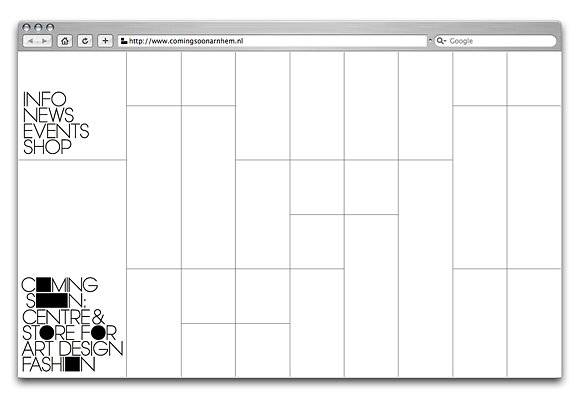 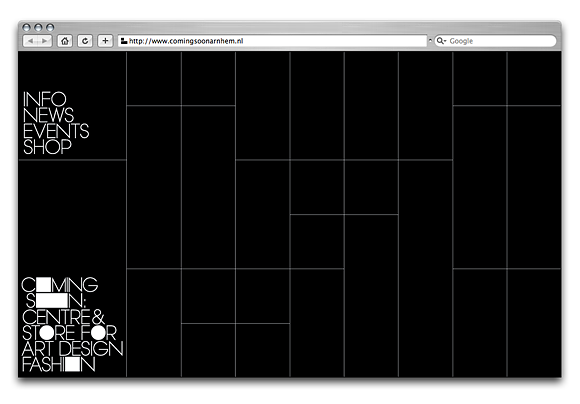 As we wrote, we sort of ended with Coming Soon on bad terms. On a positive note, we are very glad that Karen Willey is responsible for maintaining the graphic identity of Coming Soon, as we know she is doing an excellent job.

All cards and invitations printed by Drukkerij robstolk (r). Tote bag screenprinted by B & B Textieldruk. Window lettering by Blomsma Print & Sign.