During the 2007 edition of La Biennale di Venezia (Italia), artist Vanessa Beecroft presented one of her performances. The title of the performance was VB61, and its theme would revolve around issues very close to VB's heart: the people of South Sudan, and the conflicts in Darfur.

She asked us to design a poster announcing this performance. Looking at Vanessa's sketches for the performance she was planning, we decided to make a poster referring to one of slogans we found in her sketches: 'Still deaf / Still death'.
We took this slogan, and placed it on an A0-sized poster in such a way that the poster could be hung in two different ways. Shown below two images of the same poster, in two different positions: 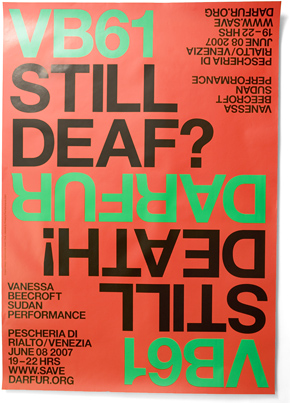 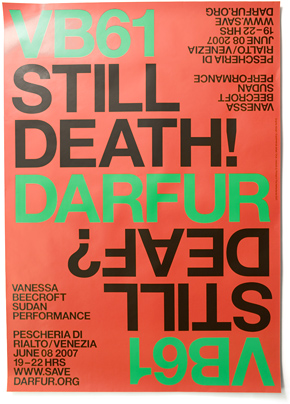 The colours red, black and green refer to the flag of Sudan. The poster came out in two different versions: 1) green and black on a red background, and 2) black, red and green on a white background. The second version can be seen below: 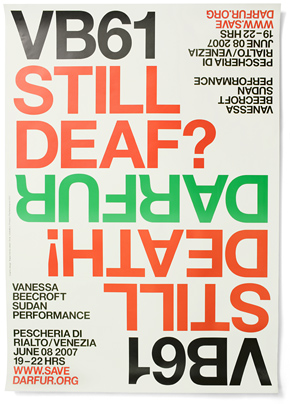 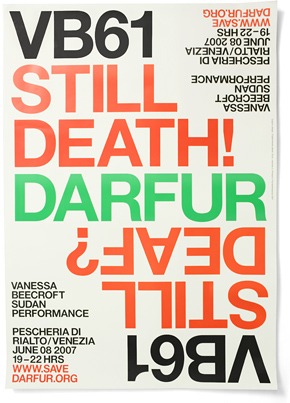 We also designed a couple of large banners (size 282.5 x 200 cm), to be hung in the streets of Venice. Shown here a picture of one of these banners (photo by Priya Bhatnagar, via Flickr): 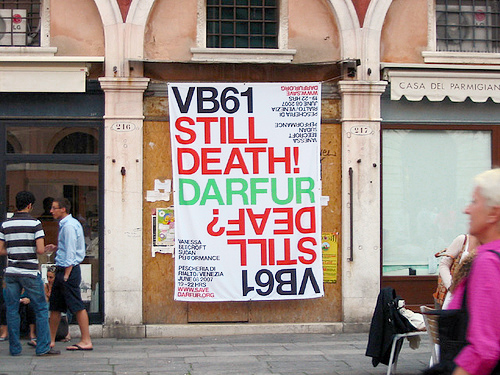 Other projects we did for Vanessa Beecroft include VB60, VB62, VBSS and VBDP. For more general information about our cooperation with VB, see VBRS.