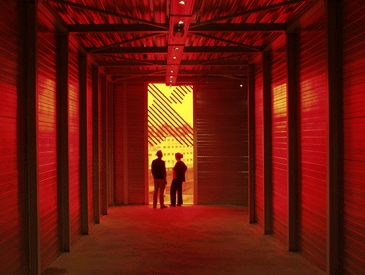 Shown below is the external corridor that you go through before you enter the museum, a red terminal designed by Amsterdam architecture studio Zwarts & Jansma. Its main feature is its incredible redness, which gives this cubic construction an almost two-dimensional appearance. So when we were asked to do the lettering on this tunnel, we tried to underline its flatness by folding some of the vertical lines of the SMCS logotypes over the corners.
(Our initial plan for the lettering was actually much better: the whole logo folded around the corner, SM on one side, CS on the other side. But believe it or not, some of the committee involved were afraid that from certain angles only the letters SM would be visible, which would refer to sado-masochism. So that proposal was voted off, much to our chagrin). 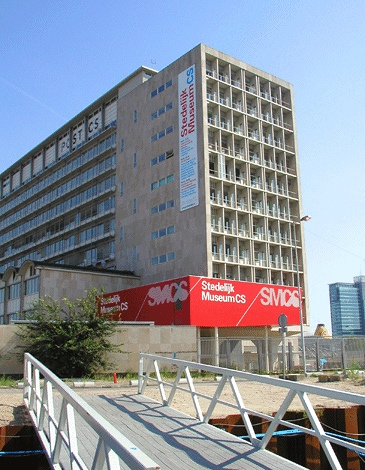 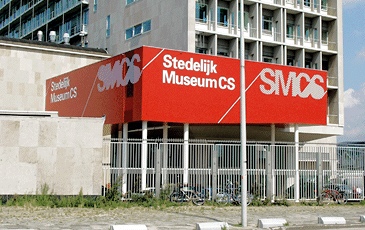 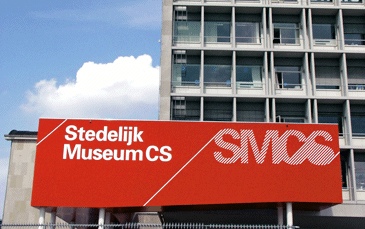 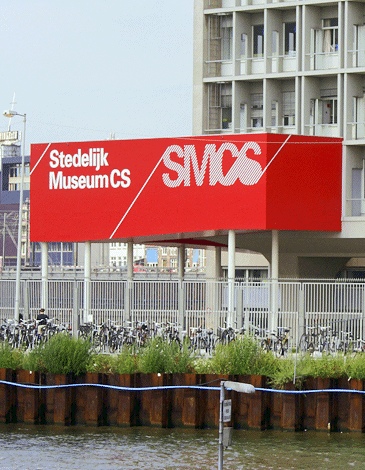 The photo that is shown in the beginning pictures a part of the logotype, as seen through the window from the inside of the red tunnel. The window captures the logo in an almost random way, turning it into a nice abstract cloud in the sky.