The first issue of the Bulletin that we designed (shown below) was in fact a so-called double-issue; hence the double numbering (2/3). The launch of this issue coincided with the opening of the museum, so to underline the new graphic identity we kept the cover largely typographic, using red and blue as the main colours. Images framed in small squares, almost typographic elements, were placed in between the bold, broken-off headings. 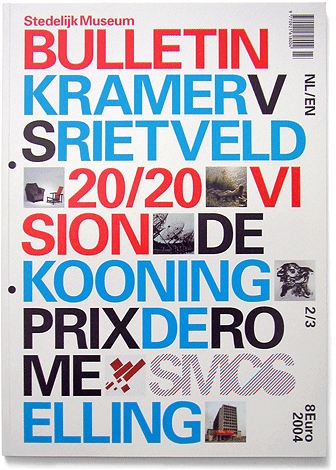 On the back of the issue (shown below), we placed the 'Open Daily' advertisement we designed some weeks earlier. Originally used as a spread in an art fair catalog, we figured we might as well use it in our 'own' magazine: 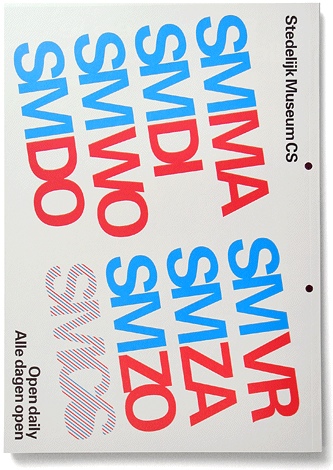 The two black dots near the spine refer actually to one of the earliest incarnations of the Bulletin, from decades ago. Before it was turned into a magazine, the Bulletin used to be published in the form of a perforated sheet, to be collected by the reader in a ring binder. So the two printed black dots are in fact a hidden reference to the actual holes in the original Bulletin.
In the second issue of the Bulletin that we designed, issue 4 (shown below), there was a large article about 'Mark', a Municipal Art Acquisitions exhibition on the subject of graphic design. One of the works featured in this exhibition was a project by designer Will Holder (Goodwill). Entitled 'Never Judge A Book By Its Cover', Will's project was basically the catalog that he designed for 'Black My Story', a group show that took place in 2003 at exhibition space De Paviljoens. 1200 of these catalogs were printed, each copy bearing a different title.
On the cover of the Bulletin we placed all 1200 titles; a list that took up the back cover, the front cover, and a fold-out inner-cover. We also showed a photograph of the original project as it was installed at De Paviljoens: a bookcase filled with 1200 books.

The main reason why we showed this project on the cover of the magazine was because we thought it was so appropriate. What better place to show a list of 1200 titles than on the cover? It made sense to us. 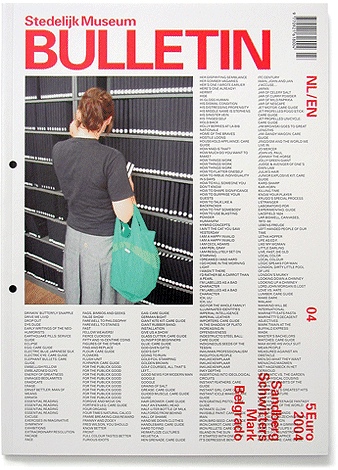 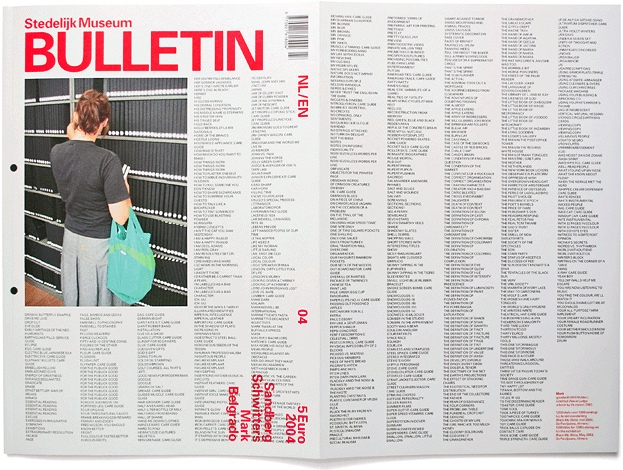 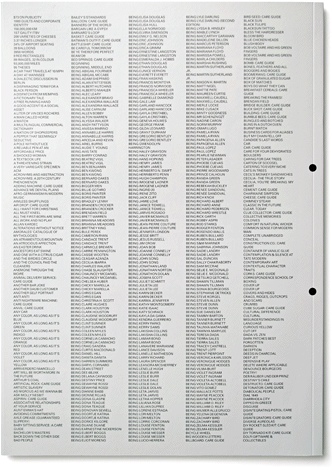 The third issue of the Bulletin (shown below) was completely filled with articles on the 'Time and Again' group exhibition. Our initial plan was to keep the cover typographic, in a style similar to the invitation and title wall that we designed for the same exhibition. (See SMCS / Invitations and SMCS / Title walls). We already made reservations at the printer for two different covers for this issue: a 'Time' cover, and an 'Again' cover.
For some reason the editor suddenly wanted the cover to be more photographic, and there was no way escaping this. So very quickly we had to come up with a more pictorial concept for the cover.

Point is, we very much dislike the idea of choosing one picture to represent a whole exhibition. This concept (of the 'significant' image that has to symbolise the bigger theme) is really something that we try to avoid at all costs. If we use images, it's usually in a more systematic, unromantic way.
One of the images in the Bulletin was this really nice collage made by Malevich, showing cut-out pictures of paintings. Looking at this collage, it was almost as if it were already the front- and backcover of a magazine. So we decided to use the composition of this collage as a grid for the cover.
We selected images from the inside of the magazine, and placed them on the front and back of the cover, using Malevich's composition as a grid. Because of the given grid and awkward hierarchy, the images began to relate to each other in a really unexpected way, not unlike the way pictures behave in a scrapbook or photo album. 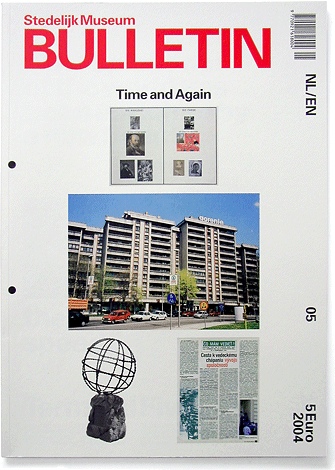 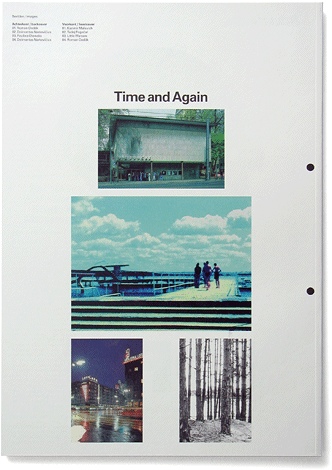 Followed by variation 2, front- and backcover: 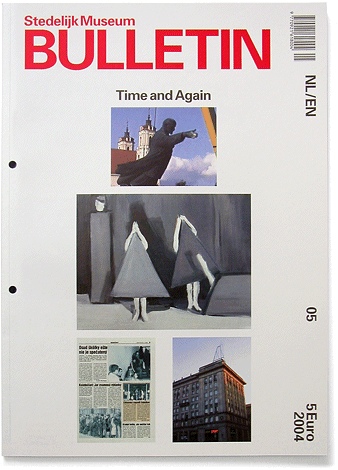 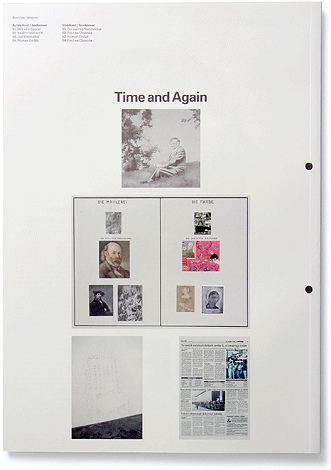 Issue 6 (front and back shown below) was the final issue that we designed. The use of the colour gold on the cover was of course a reference to the 'Geel Metalliek / Metallic Yellow' exhibition. The use of bold headings was a return to the typographic tone of the cover of the first issue (Bulletin 2/3), so in other words, we came full circle. 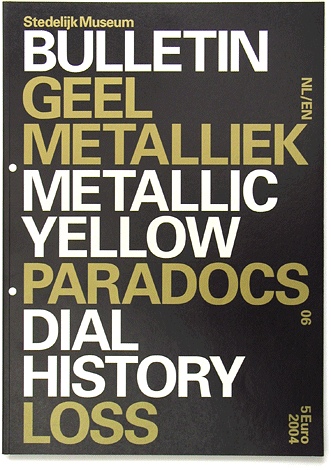 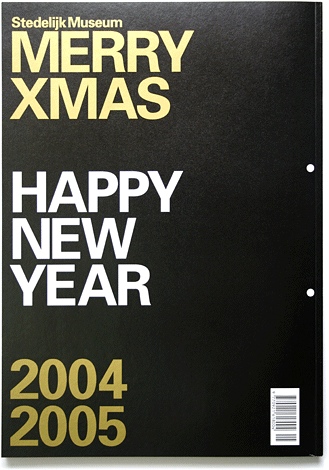 The holiday season greeting we put on the backcover (shown above) was in fact also our personal farewell to the SMCS. Which concludes this little chapter about the Stedelijk Museum Bulletin. A more general introduction can be read at SMCS / Bulletin 1.