Back in 2006, we made some sketches for a t-shirt series called 'The Metric Songbook', but we never actually finished these shirts in a proper way. In 2007, we were contacted by IDEA, who invited us to participate in a project revolving around the subject of typographic t-shirts. So we decided to submit the 'Metric Songbook' shirts.
After that, it all becomes a bit fuzzy to us. It turns out the whole project was actually some sort of collaboration between IDEA (the graphic design magazine), GAS (publishers of Gasbook), and UNIQLO (a Japanese chain of department stores). The whole construction of this collaboration seems quite complicated to us, but maybe we should have read our e-mails better.

Anyway, below the three shirts that were eventually printed by GAS, and are now being sold at UNIQLO. We designed these shirts towards the end of 2006, and they came out towards the end of 2008.
The idea behind the shirts is quite simple. We took three pop songs (The Byrds' 'Eight Miles High', Johnny Cash's 'Five Feet High and Rising', and The Who's 'I Can See For Miles') and translated the measurements (mentioned in the song titles) into metric units. It's the sort of interplay between pop-culture and modernism that we always try to exercise in our work, for better or worse.

Although the concept behind the shirts is based on light wordplay, it still shows our interest in things like formats, standards and models. A couple of years ago we read 'The Measure of All Things', by Ken Alder, an amazing book about the history of the meter as a unit of measurement, and it was such an absorbing read; we couldn't stop raving about it. The shirts are just a sort of continuation of that.

(Side note: we are definitely not DJs, but there have been three or four occasions where we were asked to play some records, usually at openings. During these events, we always play The Who's 'I Can See For Miles' back-to-back with The Byrds' 'Eight Miles High'. it's such a good combination: the noisy outro of 'I Can See For Miles' mixes perfectly with the noisy intro of 'Eight Miles High'). 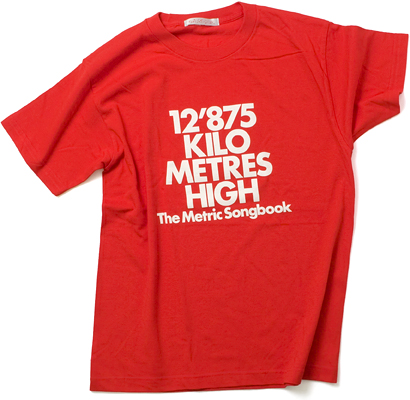 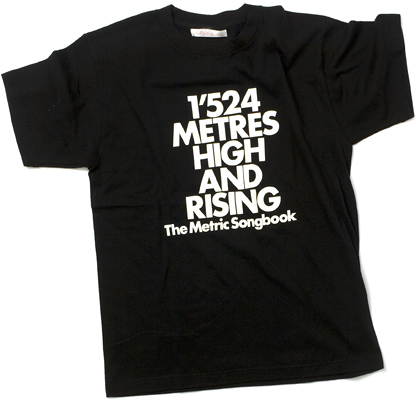 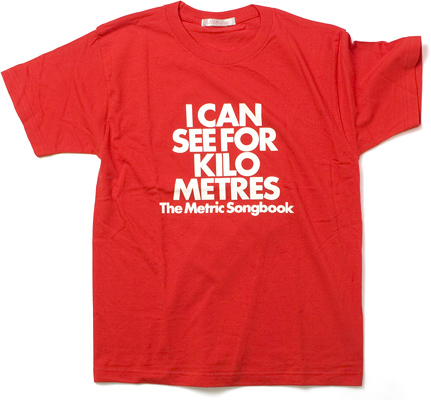