Thinking about a concept for a new series of flyers, we remembered that one of our friends (if we memorize well, it was in fact Cindy Hoetmer) usually perforated her Paradisco flyers, and put them in her Filofax organizer, as reminders of upcoming nights.
So the concept actually came to us quite quickly: a series of flyers that were already perforated, and had the same size as Filofax sheets, so that they would be ready to use.

This series ran from the end of 1996 to the end of 1999, during which we designed a few dozen of these flyers. In the beginning of the series, we printed the flyers in different metallic colours, and each time the back of these cards would carry a typical Filofax-style function: lined paper, ruled paper, squared paper, etc. These first flyers can be seen at Paradiso/ Bassline 1.
Later in the series, there was a sort of ‘silver period’, in which all the flyers were silver on one side, and carried a Filofax-like function on the other side. (We also started more and more to lose the Filofax functions, and were beginning to fill the backs with random drawings and snapshots instead). Four of these silver flyers can be seen at Paradiso / Bassline 2.
Towards the end the Bassline series, we got rid of the metallic inks altogether. We started experimenting with colours, found images and slogans, and also phrases that we wrote ourselves. Four of these flyers (front and back) can be seen below: 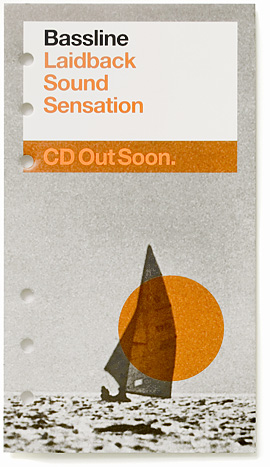 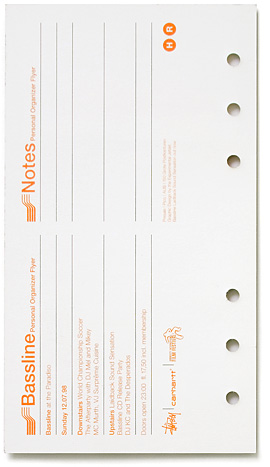 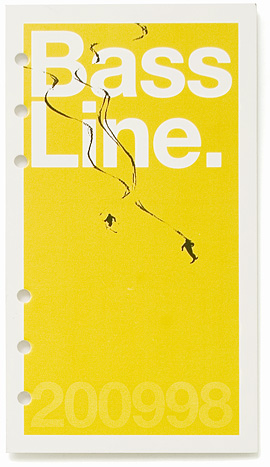 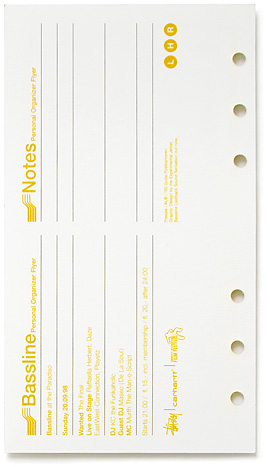 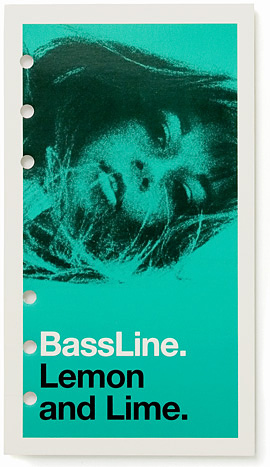 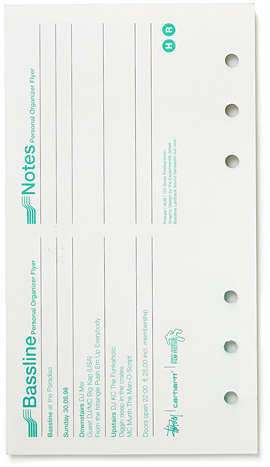 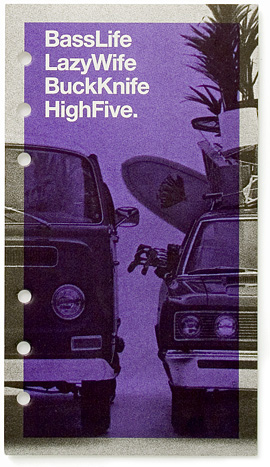 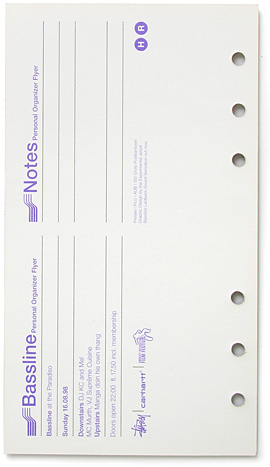 Bassline was a hiphop night, while we were basically pierced grunge kids around that time. We weren’t exactly hiphop fanatics, but we always considered that to be a good thing, in the context of this assignment. As we already mentioned in the chapter about the Paradisco flyers (see Paradiso / Paradisco), we truly believed that, as graphic designers, it is actually a good thing to be slightly disconnected from the subject you are covering. Our example has always been Reid Miles, who designed iconic jazz sleeves for Blue Note, while he actually hated jazz. We sometimes really think it is distance, and not engagement, that makes the designer. (Having said that, we don’t actually hate hiphop; we listened to it quite a lot in the old days).